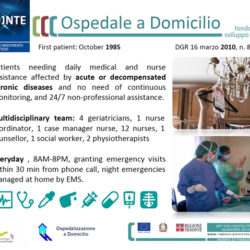 Piemonte Region was appointed as a Reference in 2013, then again in the second call for RS, in 2016. After its nomination as a RS, several opportunities to cooperate with other RSs in European regions came up: the partnership in the Sunfrail Project (Public Health Call, 2015); the coordination of the CONSENSO Project (Alpine Space Leggi di piùPiemonte Region[…]